Founder, first Chairman and Life President of the Fisgard Association.

We report with great sadness that Bruce Balmain, the inspirational founder, first Chairman and Life President of the Fisgard Association, passed away in hospital at the age of 87 on the 20th June 2013 from pneumonia after suffering from a chest infection. He was born in Portsmouth on 13th September 1925, into a family with strong naval connections, the son of John Balmain an RN Regulating Petty Officer and his wife Mabel. After his father left the Navy, the family moved to the north and Bruce and his younger sister Heather, spent most of their childhood in Great Crosby, Liverpool where he joined the Cubs and later the Scouts and was educated at Allsop High School. After passing the April 1941 School-Certificate level, Civil Service open competitive examination in Mathematics, Science, English, History and Geography for entry to the RN as an Artificer Apprentice, he joined Grenville Division at the Royal Naval Artificers’ Training Establishment at Torpoint in Cornwall on the 14th August 1941, as an Ordnance Artificer Apprentice. 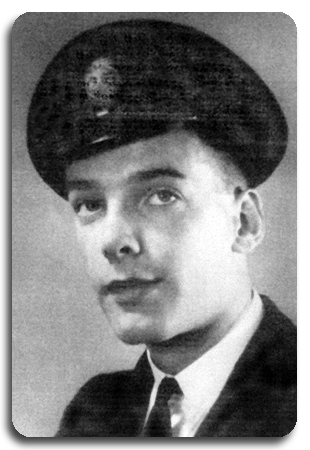 Known as ‘Bing’ (after his home district, not for any singing talent), he was a popular member of his class, who apparently remained unaware that his father had been a ‘Crusher’, (and thus traditionally, one of the senior ratings most ‘hated’ by Apprentices!). Throughout his apprenticeship Bruce did well in academic and technical studies and in the workshop, achieving well above average results. He also keenly and ably took part in all sporting activities and was particularly good at hockey. On completion of his 4 years at RNATE, he ‘passed out’ as an Ordnance Artificer 5th Class (Leading-Hand), was given the port division of his choice - Devonport, and joined its Gunnery School, for his 5th year of training. Whilst there, Bruce met and married his first wife, before joining his first ship the aircraft carrier HMS Victorious, as an Ordnance Artificer 4th Class (Petty Officer).

While HMS Victorious, with Bruce aboard was operating its aircraft in European waters, his wife gave birth to their daughter Sandra. Unfortunately, his next ship, HMS Unicorn, another carrier, interrupted their family life from early July 1949 until the end of November 1951. The reality of a 2½ year long ‘foreign commission’ and the dread of further long periods of separation from her husband, proved intolerable to his wife and their marriage foundered unhappily during his service aboard HMS Unicorn. Sadly, Bruce was prevented by his ex-wife from keeping in touch with Sandra through her young life. Fortunately, years later, he was put in touch by his future son-in-law and became a Granddad when Alison was born. Tragically, his daughter Sandra suffered a long illness and passed away while Alison was still a child.

In 1950, as an Ordnance Artificer 3rd Class, (Chief Petty Officer), while serving in HMS Unicorn in the Far East, Bruce was responsible for the maintenance of the ship’s 4 inch AA guns, which famously, (for a carrier), took part in the gunnery bombardment supporting the successful landing of the US led UN armies at Inchon which cut off the invading North Korean Army besieging the south and effectively saved South Korea from being quickly ‘swallowed up’ by a brutal totalitarian communist regime during the first months of the 3 year long Korean war.

On return to the UK he joined the Devonport Gunnery School as an Instructor and remained there until August 1953 when he joined his third Aircraft Carrier, the then new HMS Ark Royal, in the rank of Ordnance Artificer 2nd Class (CPO). The ship was engaged in flying operations with the RN and NATO fleets and Bruce’s efficiency was assessed as ‘Superior’ until the end of his 12 year RN engagement on his 30th birthday.

Bruce left the RN on 12th September 1955 at and moved to Birmingham where he soon found employment as an Engineer and later met his second wife Joy. They were married at Warwick in February 1968 and Bruce took on the role of ‘father-figure’ to Julia, Joy’s daughter and keenly helped her pursue her love of horses, taking her to pony club events and shows. The family moved to Bournemouth where Bruce and Joy bought a newsagents, moving on a couple of years later to buy a hotel in Shaftesbury, where they built up the business and often entertained his granddaughter Alison and her father for holidays. After selling this business they moved to Sturminster Newton to run a B& B and soon built up another thriving business. On retirement, Bruce renovated an old house in Exeter built on the city wall, and sold it before going back north to Prenton for a while and then returning south to Christchurch and finally settling in Southbourne.

Although Bruce had always led a busy life, he took a great interest in keeping in touch with ex-members of his class of apprentices, put them in touch with one another and founded the regular Reunions of Grenville 41 His fond memories of RNATE Torpoint led him to organise the first reunion for all apprentices who had trained there during WW2. Thus, in September 1996, Bruce arranged a buffet supper reunion at Portsmouth of Royal Naval Artificer Apprentices who had trained at the RNATE Torpoint (aka HMS Fisgard) during WW2. Around 100 ‘ex-boys’ attended and many of them expressed a desire for the formation of an Association for all who had undergone an apprenticeship at Fisgard in Portsmouth, Chatham or Torpoint. This first gathering of over-65-year-old veterans proved very successful, and a catalyst for an old school association. Nine of them, plus one older ex-boy, met at the ERA’s Club in Southsea on 15th November 1996 and founded the Fisgard Association, electing Bruce Balmain as Founder Chairman.

The Founding Committee of The Fisgard Association - November 1996

Bruce owned a portable word processor and 79-year-old Fred Lewis, who had joined Fisgard in 1932, was the only founder member who owned a personal computer. Fred agreed to run the membership register and Bruce took on all of the other secretarial duties. An ad hoc committee of eight, including Bruce and Fred, was formed by volunteers from the original 10 founders and they decided to hold a formal Dinner and Dance at a hotel during the following September and to launch a Newsletter a Directory of Membership and an old school tie for members. All 10 of them agreed to recruit as many members as possible and an appeal was published (free) in March by the local newspaper. The initial income available to launch this enterprise came from the raffle held at the earlier reunion buffet supper sponsored by Bruce’s class and augmented by donations from the enthusiastic founder members. There was no joining fee or annual subscription so the committee agreed to consider this and other proposals and to bring their suggestions to the next committee meeting. As a result of the recruiting efforts of all of the founder members during the Spring of 1997, the membership total grew rapidly and with this, an increase in postage and other expenses. It became obvious that approval would have to be sought, at a General Meeting to raise a regular income by levying an annual subscription. At the next committee meeting, responsibility for all of the different activities of the Association was shared between the 8 members. The Association’s first formal Dinner and Dance, held at the Marriott Hotel at Portsmouth on 16th September 1997, and attended by 98 members and 54 guests was a huge success and demonstrated that the fledgling association had got off the ground. This event was reported on, and the General Meeting and lunch advertised in Issue 1 of the Fisgardian, produced by Bruce. Seventy members attended and 110 sent their apologies together with their voting preferences for the agenda items at the first General meeting of the Association in November 1997. Thus 40% of the then 460 strong membership played an active role in deciding the future shape of the Association, its Constitution and Rules – a very creditable proportion and a solid mandate for the decisions made at that inaugural AGM.

Bruce will be sadly missed by his widow Joy, his stepdaughter Julia, granddaughter Alison, great-grandchildren Ben, Tom and Katie, two Stepsons and seven step grandchildren, by all members of the Fisgard Association and all who had the great pleasure of knowing him.

After a private family funeral on the 19th of July at Bournemouth Crematorium, his ashes will be committed to the sea from Spitbank Fort off Portsmouth on 31st July 2013. After the committal there will be a ‘Service of Remembrance’, followed by a reception at the Royal Maritime Club, Portsmouth. This service and ‘farewell’ will commence shortly after 1500 and will be attended by his family, the Chairman, Committee and many members of the Fisgard Association and other friends, who will together toast: 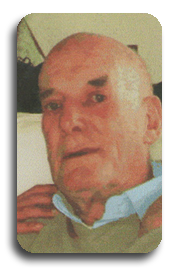