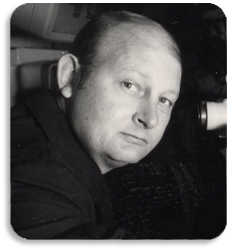 We regret to report the death of Commander DLP (Dai) Evans at the Douglas Macmillan Hospice, Stoke on Trent, on 11th December 2012 after a long battle with cancer. He was 69 years old.

An old boy of Llanelli Grammar School, Dai joined the Royal Navy at HMS Fisgard in January 1961 as part of Series 41 Anson Division. After passing out of Fisgard he subsequently went onto Dartmouth under the direct entry scheme of the time.

Dai served in Anchorite, Dreadnought, Osiris and Churchill before Perisher's Course in 1974. He commanded HMS Narwhal before joining HMS Courageous as X.O. After serving on CSST's staff in Faslane, on the staff of CTF 311 at Northwood and promotion to Commander, he commanded HMS Renown (Port) and then the Commanding Officers' Qualifying Course.

He will also be remembered for being the Teacher in the BBC documentary Perisher. Following service in the MoD/DNW and in HMS Dolphin as Commander SM1, Dai left the Navy to form his own very successful company training civilian 'command' teams in the offshore, chemical and power industries.