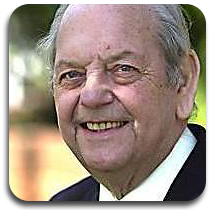 Don Levick was born in Retford in Nottinghamshire as one of a family of eight. In 1946, at the age of 15, he joined the Navy and spent the next 25 years in the service working as an Aircraft Artificer.

During his time in the Navy, he met and married his first wife, Elizabeth, and they had three children, two daughters, Nicky and Jo, and a son, Chris.

In order to be able to spend more time with his family, he left the service in 1970 and initially worked as a systems engineer for an Erith-based engineering company which worked on innovative projects, including monorail train systems. When funding for such projects dried up, Don moved on to take up a post with British Aerospace in Stevenage.

His first marriage failed but he later married his second wife, Jean. When Jean, a midwife, took up a post at Newmarket General Hospital, they settled in the town.

As a councillor, Don served on both Forest Heath and Suffolk County councils representing Newmarket and Exning. He was chairman of the district authority in 2003/04 and served on many of its committees, including corporate services, overview and scrutiny and planning, where he took particular care to represent the views of his ward residents.

Shortly befor his death he fulfilled a life-long ambition to visit the Antarctic. This was a joint Christmas and birthday trip and he spent his 77th birthday on 14th December 2007 in Buenos Aires.

He will be remembered as a jovial man but one who took his community work very seriously. He will be greatly missed by all those members and officers with whom he worked and by the community, which he served so well.