We report with great sadness that Rod Burden of 1936 Anson passed away in Western Australia in November 2004 aged 84 years. His funeral took place on 12th November. Members of the RNA Marmion Perth WA Branch formed a Guard of Honour and escorted his coffin. 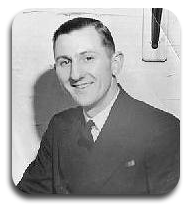 Rod was born at Southsea on 19th August 1920, one of two sons of a Shipwright Officer. Before he reached the age of eleven he had experienced the trip of a lifetime, a circumnavigation of the world in luxury. His father was appointed senior Shipwright Officer of the RNZN in 1928 and Rod and the family accompanied him, travelling first class out to New Zealand via Panama and Pitcairn and back to UK two and a half years later, via Australia and Suez. In between, Rod and his brother enjoyed a fabulous life close to a beach near Auckland. On return to Portsmouth he attended Mile End House School and in 1936, joined Fisgard at Chatham.

Rod said his only claim to fame at Fisgard was that, as a senior apprentice, he ran the concert party. His last night in the "Boys" was spent, together with two of his classmates, in police custody having imbibed too much rough cider.

Next day, 1st July 1940, he set off as an OA 5th class for gunnery courses at Whale Island, Chatham and Woolwich Arsenal, which coincided with the worst of "the Blitz". At the end of the course in April 1941, he took his turn as OA on the AA guns in the Gunnery School, sustaining an injury from a Fuze-setting m/c during one of the "Alerts".

His first ship was the Seaplane Carrier HMS Albatross, which he joined at Freetown, after taking passage. At first he was disappointed to find that her 1914 gunnery fire-control system relied on pedal power and ancient speed, deflection and range clocks, a far cry from the latest systems he had just been taught. However, thrown in at the deep end because his superior was always seasick at sea, he soon became very fond of the 20-knot ugly duckling employed patrolling the South Atlantic Ocean from her base in Freetown. Shortly afterwards as an Acting OA 4th Class he found himself in charge of the 4.7 inch guns and the newly installed catapult used for launching the nine Walrus aircraft. To prove that he had properly set it to work, he was required to fly in the first aircraft launched.

In late November 1941, HMS Prince of Wales entered Freetown and Rod made a fruitless trip aboard her to see if any OA was willing to change ships with him. That was the first and last time he ever volunteered for, on the 10th of December, the "POW" was on the bottom and he was sailing across the Gulf of Mexico to Mobile in Alabama to have new equipment fitted. After this, Albatross returned to Freetown and on then to Durban where she set off with a Task force to take Madagascar from the Vichy French to deny its use by the Japanese and Germans as a base.

Rod remained in the South Atlantic and Indian Ocean on Albatross until, rated OA 3rd Class (CPO). He was then transferred to HMS Resolution where he looked after her 15 inch X turret for a year in the Indian Ocean and Atlantic until she returned to the UK in February 1944. During a brief spell back in the UK, Rod met his future wife Paula, a Wren at the Battle of the Atlantic HQ in Liverpool, through her membership of a concert party run by his father, now a Lieutenant. In 1944 Rod and Paula were married before his new ship HMS Euryalus set sail for active service in the Atlantic, Indian Ocean and with the British Pacific Fleet until the Japanese surrender. He then remained on the China Station operating from Hong Kong. In August 1946 he transferred to the destroyer Barfleur and remained aboard her until she returned to the UK in January 1947. After passing for Chief OA he served as an Instructor at RNB Chatham for two years before joining HMS Superb, remaining in her until close to the end of his "twelve". In the event, his release was delayed by the Korean crisis until 27th October 1950. 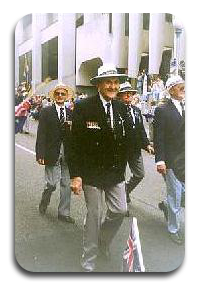 Rod immediately joined Tate & Lyle at Liverpool as an Engineer, later becoming Deputy Superintendent Packaging and Handling. He later moved to Rank Hovis as a Divisional Engineer and remained with them until he took early retirement at the age of 56. He then spent eight years converting a large house into three flats in one of which he lived with his wife. They emigrated to Western Australia in 1986 and built a house in Ocean Reef. Rod’s love of the stage remained with him throughout his life and in retirement he regularly entertained his friends and neighbours with renditions of Stanley Holloway monologues and other performances.

His wife Paula died in 1993 and he moved to Duncraig where, in 1996 with some ex RN chums, founded the Perth, Northern Suburbs, Branch of the RNA becoming its first Chairman and later President. He was the first ex-boy living in WA to join the Fisgard Association and enjoyed keeping in touch with his old classmates.

Rod will be much missed by his son Richard, an MP for Birmingham, and his wife and family, and by his daughter Ann and her two sons and daughter who live in Western Australia and by all who had the good fortune to meet him.