It is with much sadness that we report that Reg Ash of 1939 Collingwood passed away in hospital at the age of 85 on the 26th April 2009, after suffering heart failure and pneumonia.

Reg was born in Buckland, Portsmouth on 7th September 1923, the third of the four sons of Alfred and Ida Ash and was educated at the Northern Secondary / Grammar School in Portsmouth. He passed the spring 1939 national open competitive entry examination and joined the RN as an Ordnance Artificer Apprentice a few days before the outbreak of WW2. After a year of temporary accommodation in Portsmouth and Devonport, he moved into the new RN Artificers’ Training Establishment at Torpoint in Cornwall where he was known by his classmates as Pompey Ash, as he had attended the FA Cup Final in 1939, won by his beloved Portsmouth. He was a keen sportsman and a successful apprentice and passed-out in July 1943 as an OA 5th Class and went to HMS Excellent at Whale Island Portsmouth for his specialist gunnery training.

His first posting as a fully qualified Ordnance Artificer was to Combined Operations, based in a commandeered Warner’s holiday camp on Hayling Island where he was responsible for the maintenance of the weapons on a squadron of Landing craft preparing for the landings in France. In November 1944, and now an OA 4th Class (Petty Officer), Reg and his squadron were sent to the Far East and landed Royal Marines on the island of Rambre Kyan off the Burmese coast, to clear it of Japanese soldiers, later moving on to Rangoon in preparation for a major landing on Malaya. With the collapse of Japanese resistance, this landing was called off, the squadron was disbanded and Reg was sent to Ceylon to join the destroyer Redoubt, and served in her until he returned home in 1945. Just after the war Reg had the unlikely billet of Roedean School, where a notice over his bed invited him to ‘Ring bell for a mistress’!

In 1947, while serving as an OA 3 (CPO) in HMS Nelson, Reg met his future wife Betty and on June 24th 1950 they were married at Christchurch, Reading. They enjoyed a happy and fruitful marriage, blessed with four sons, and subsequently with eight grandchildren (four boys and four girls) and two great grandchildren, a boy and a girl. 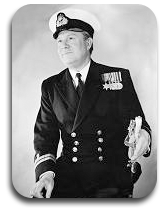 Reg made a career of the navy, serving in HM ships, Nelson, Duke of York, Woolwich, Zodiac, Undine, Maidstone, Loch Killisport, Lochinvar and Vernon and, as a Chief Ordnance Artificer, was commissioned in 1957 and served in HM ships Blackpool and Blake, being promoted Lieutenant in April 1964.

He retired from active service in September 1973 and was immediately recruited as a Trials officer by his previous CO, Captain Weapons Trials. He remained with CWT, carrying out underwater weapons sea and harbour trials on RN ships until he finally retired in September 1988.

Reg was a keen golfer and long time member of Southwick Park, and became an active member of the Fisgard Association, writing several articles for The Fisgardian. He was also a member of the committee of the Portsmouth Retired Naval Officers’ Association and of the Duisburg/Portsmouth Exchange club where he was able to practise his German skills and his renowned ability to make friends. Reg was a true gentleman, who only saw the good in other people, had hundreds of friends and who was ever cheerful and friendly to all, but most of all he was a devoted family man. He will be sadly missed by his large family and by all who had the pleasure of knowing him.