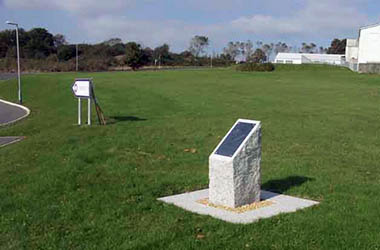 When HMS Fisgard ceased being an Artificer Apprentice training establishment at the end of 1983, it was closed down and training transferred to HMS Raleigh. The MoD retained part of the establishment site by erecting a dividing security fence in the area of the East Side road between on the one side of the fence, the former Grenville and Hawke divisions dormitory buildings, which were incorporated into HMS Raleigh’s sports ground area, situated on the North side of Trevol Road, and on the other side of the fence, the remaining dormitory buildings of Exmouth and Frobisher divisions. The majority of these latter dormitory buildings were then demolished, along with all the other Fisgard site buildings and cleared away, including the West side swimming pool which had been constructed by the apprentices.

Ownership, control and use of the former Fisgard site was initially transferred to a then government Quango which in the fullness of time was dissolved, and then the ownership and use for the site was handed over to Cornwall County Council to be developed into a business park. The site service road is named Fisgard Way with access being given from Trevol Road at two locations, one being the former Fisgard main gate.

The Fisgard Association has a ninety-nine year lease on an approximately four metre square area on which the memorial stands which is legally registered with the UK Land Registry, on which the Association pays an annual ground rent. 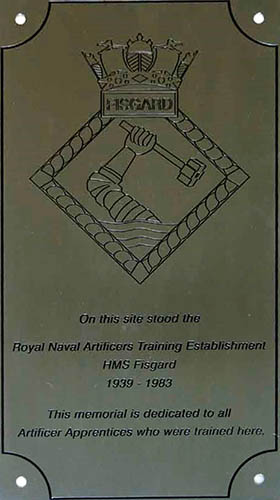